The election of the Board of Directors is held at the annual meeting. Directors are generally elected to serve a term of three years. No director shall be elected for more than two (2) consecutive three year terms.  A director who has served two (2) consecutive three year terms may be reelected after remaining off the Board of Directors for a one (1) year period of time. Cumulative voting is allowed for the election of directors.

An annual meeting of the Association is held every year in December or January. Members are encouraged to attend and are entitled to one vote for each lot and/or condominium owned. Because of the diversity of Elkhorn’s membership, only 30% of the total owners receive their mail in Blaine County, it is difficult to obtain a quorum at membership meetings without utilizing a corporate proxy system. A notice of meeting, an agenda, a proxy/ballot and other meeting information is sent to all owners several weeks prior to the annual meeting. Owners are asked to review the meeting documents and to complete and return their proxies prior to a meeting.

The deadline for applying for a position on the Board is generally at the end of September. Please complete the application “click here”, attach your photo and a short biography (not exceeding 350 words) and submit via email to the Association office: svea@elkhorninsunvalley.com. 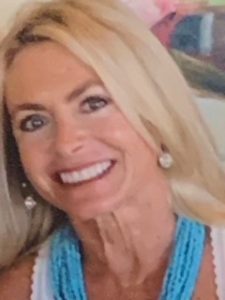 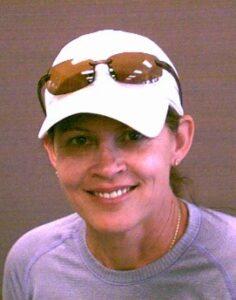 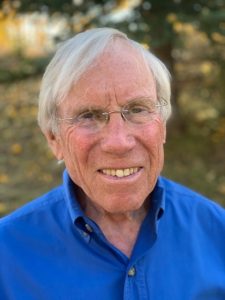 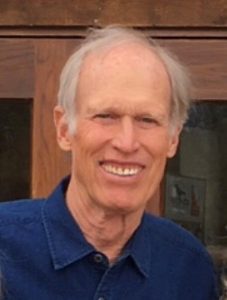 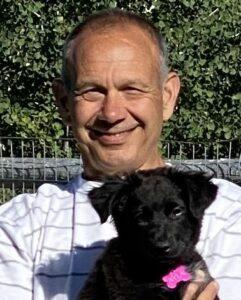 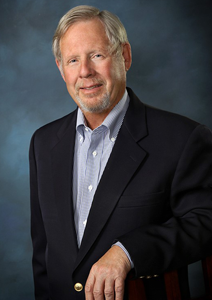 Clark earned his undergraduate degree from Boston University and his law degree from Emory University School of Law where he served as an editor of the Law Review.

He practiced corporate law in Wilmington, Delaware, litigating issues in the Delaware Supreme Court and the Delaware Court of Chancery.

Clark retired in 1996 and moved with his family to Ketchum. He became a ski instructor for a while and then worked in the local real estate industry. His son, Blake Furlow, attended The Community School.

In 2002, Clark accepted a position as a professor at the Stetson University College of Law in St. Petersburg, Florida. He taught corporate law, advanced corporate law, and professional ethics. He became a full-professor with tenure and served as Associate Dean of Stetson’s Tampa Law Center. At Stetson, he met his future wife, Cathy. They married in May of 2013.

In 2015, Clark retired from teaching and returned full-time to the Valley.   He and Cathy live in Elkhorn’s Sunrise neighborhood with their dog, Maggie.   In the summer, they bike, and play pickle ball.   In the winter, Clark is on Baldy and Cathy is on the cross-country trails.

Peter and his wife Janet have been part-time residents in the Elkhorn community for over thirty years. Peter spends considerable time in Elkhorn enjoying hiking skiing, biking, and fishing. He retired after 30 years of practice as a retina specialist in the field of ophthalmology. Included among Pete’s many contributions to the Elkhorn community are his more than 8 years of service on the Ranch Board of Directors, the last 6 years as President. During his leadership a remodel of the clubhouse, a capital reserve budget, a revision of the CC&R’s and revision of the tennis court project have all been completed or begun. He has also been instrumental in resolving owner conflicts. He served on the SVEA board from 2011-2016 spending one year as President and two of those years as Secretary. As a Board member, he has chaired the Recreation committee, and served on Capital Improvement and Finance committees.

I grew up in the Tacoma, WA, area and enlisted in the Army after high school graduation. After six years in the US Army Special Forces, I earned my bachelor’s degree in business from UCLA, then returned to Washington. I worked for Clover Park School District as an administrator for 22 years during which time I earned my MBA from Pacific Lutheran University. I eventually went on to a position as Risk Manager at Pierce Transit (the second largest transit authority in Washington state.) After seven years at Pierce Transit, I decided to pursue my lifelong passion for investing and retirement planning. I then spent the last ten years of my working career as a financial planner and principal, retiring from Morgan Stanley in 2011.

After visiting Sun Valley to ski in 1982 I was hooked and soon bought my condominium at the Ranch. I brought my wife, Wendy, to ski in 1987 and she fell in love with the town as much as I already had. After visiting both winters and summers for 30 years we decided it was time to establish a permanent (retirement) residence in the valley. Our only regret is we didn’t do it sooner!

My wife and I are passionate about sustaining the wonderful lifestyle we all enjoy here in the valley, and I hope to assist our Elkhorn community towards that end.

US Army Captain, Military Intelligence 1967 – 1969 (Vietnam)
US Securities and Exchange Commission attorney 1970 – 1974
Attorney at Foster Pepper PLLC in Seattle, Washington 1974 – 2015
I was a business attorney specializing in corporate and securities law. I was listed in Best Lawyers in the United States from about 1990 to 2015. I worked with and advised a number of Boards of Directors during my practice years. Foster Pepper has a substantial real estate practice and I did a lot of work for various real estate related companies although it was not my specialty.

Community Board of Director Experience:

My wife, Kristi, and I have been full-time residents of Elkhorn with a house on Morning Star Road for over two years.   We previously spent quite a bit of time in Sun Valley/Elkhorn over several years at our condo in Sunburst which we owned with two other couples.

I decided to run for a position on the Elkhorn Board both because I love Elkhorn (and Sun Valley), and because I have enjoyed my work on and with several Boards of Director over many years.   I believe the SVEA Board has done a very fine job over the past years, and I believe I could help contribute to the Board in the future.

I lived in Seattle for 50 years before retiring to Sun Valley.  I was a business attorney with a law firm in Seattle, and I worked with and advised a number of Boards of Directors as a major part of my practice.  I also was active as a director on several community Boards of Directors.  I was on the Board of Crystal Mountain, then a public company, when it was sold to a private company.  I am seeking a position on the Elkhorn Board with no particular “agenda” but with a strong belief that I have the time, energy and knowledge to contribute to the Board and to the Elkhorn community.

Investor/Entrepreneur; President of Fletcher Ventures, a real estate acquisition, financing and management entity. She also actively manages, along with her husband Jim, our family investments, which encompasses multi-family, commercial and residential properties in the United States and Mexico.

Besides being involved directly in the management of their real estate interests, Marlene, actively manages the families’ equity portfolios. Prior to that, she founded her first business, The Cookie Jar Bakery/Cafe in 1978 in Seattle, Washington. The award winning products were greeted enthusiastically, which enabled her to grow the company to 7 stores throughout the Seattle Area, including locations at the famous Pike Place Market, as well as being one of the first independent business operator’s to be asked by Costco to open a store at their new Federal Way location. After running her enterprise for 17 years she sold her business to Tully’s Coffee Co.

Community Involvement: A former Foundation Broad Member of the Fred Hutchinson Cancer Research Center; Founding Member of Seraph Capital; Member of The Rainier Club – a prestigious business club in Seattle founded in 1888, and was appointed the first woman to Chair the Wine Committee. Currently a Board Member/Director of the Puerta Cortes Resort, Las Colinas Association in La Paz, Baja, as well as a Board Member and Secretary-Treasurer of The Camp Homeowner’s Association of SV-Elkhorn.  A native of California, Marlene is married to James Fletcher.

I visited Sun Valley to ski in the 1960’s and brought my wife Sandy here to ski in 1979 after our marriage. Looking for a place to bring our children to enjoy the outdoors as kids, in the hope that they would continue to visit often after leaving the nest, we selected Sun Valley (over Lake Tahoe where my family spent time). We purchased a condo in Indian Springs and have been coming to Elkhorn ever since. Retiring in 2010, we rented houses in Greenhorn, Gimlet and Elkhorn for several years looking for the perfect place to live. Elkhorn’s beauty, easy living, and wonderful amenity programs brought us back and we purchased out home on Parker Gulch. We and our children and grandchildren (who visit often) enjoy hiking, biking, fishing, golf and tennis in the summers and participating in all the winter sports.

I hope to bring a love of community and the ability to listen quietly to all Elkhorn opinions and ideas and to consider common sense decisions as Elkhorn continues to evolve as a lively and diverse neighborhood. I am interested in preserving and enhancing the Elkhorn experience for us and our future generations.

2005-2022
Human Resource Professional
My passion is people. I have over 20 years of experience in the areas of human resources, organizational development, leadership succession and development, training, career coaching, business operations, systems design and deployment, HR operations and program management.

Prior to 2005
-Developed technical training courses and solutions for small technology company.

My wife, Nancy and I discovered Sun Valley in 1990. We were living and working in the Bay Area, seeking the ideal location for a vacation home. After searching much of the West, we visited Sun Valley, arriving late one Friday evening. By Saturday evening we knew that Sun Valley was perfect for us.

We first purchased a Cottonwood Condo, then a Sunburst in Elkhorn. After a few years we decided to sell our Bay Area home and build a new home here in Elkhorn. We completed construction 25 years ago. Since that time we have lived in San Francisco, Chicago, Toronto, Dallas/Fort Worth, Boise and Atlanta, returning to Sun Valley at every opportunity.

I hold a BSME from the University of Colorado and an MBA from the University of Puget Sound. My career spans 42 years, primarily in aviation and airlines. I started with Boeing as an engineer on the 767, moving to United Airlines where I held senior management positions in operations. I later joined Bombardier Commercial Aircraft where I held executive roles for customer service and operations. I then moved to Q Investments, a Fort Worth based private equity firm and became CEO of a portfolio company.

We moved from Texas back to Sun Valley so that our son Max could attend Wood River Junior High and High School. I became President of Western Aircraft, a corporate aircraft services company based in Boise, commuting weekly from Sun Valley. I later joined Delta Air Lines as an executive to launch a subsidiary company buying and selling aircraft assets. After a successful launch, I joined the fleet acquisition team to co-lead the evaluation and acquisition of 100 narrow body aircraft. I ended my career leading Delta Private Jets, ultimately facilitating its sale to Wheels Up.

After retirement we returned to our Sun Valley residence of 25 years and feel very fortunate to live here full time with our two dogs. We enjoy outdoor activities including skiing, golfing, hiking, cycling, camping, yard work and snow removal.